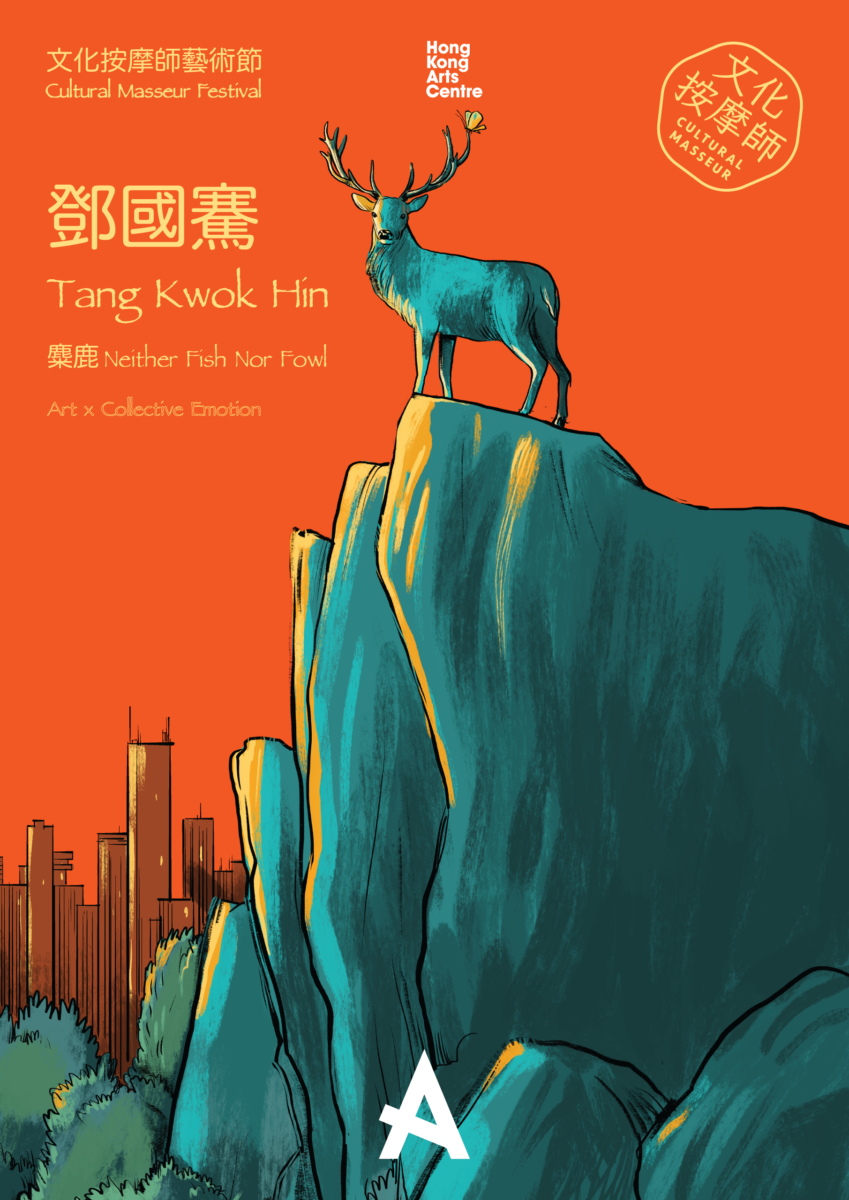 Born the head of a horse, the hoofs of a cow, the antlers of a deer and the tail of a donkey, the Père David’s deer is therefore named “four not alike” (sibuxiang).

Just as exhibition, theatre, cinema and concert, did the Père David’s deer come before its corelating animals? Or a mere imaginary animal of collage?

In the haunting 2022, what is it that we are referring to when it comes to cross-disciplinary media / creation?

The traditional system of organising objects is self-fulfilling, focused and closed.

Now is about memory, fantasy and reality, where not a single wall can come between them.

Do we try and keep trying, to explore the pattern of self-growth that lies in the nonidentifiable or chaos?

Following the collaboration on Alpine Tangoand Umbilical Cord, Hong Kong Arts Centre is onceagain collaborating with cross-media artist Tang Kwok Hin to present programmeNeither Fish Nor Fowl,which consists of two parts, “Sunshower” and “Rime”. In “Sunshower”, the theatre will turn into a piazza where performers and audience will be breaking the boundaries and re-interpreting the world.“Rime”, on the other hand, will be an experimental gallery experience about standing.

We believe art is and can be unpredictable. Every time is a journey of chase and search.

If we take a closer look, do we see the essence of life in cross-media / cross-disciplinary creation, just as we see the differences and sameness across species?

The edge of the wooden desk has withered; the metal door handle of the entrance has turned shiny; layers of paint has disguised the worn out old gallery wall into a clean new face. How much has our stomach digested? To what degree has our lost souls been satisfied by art?

Wanderers in the piazza move with hidden rules, just as the private collection in the stuffed locker.

Are they on the street, or in a room?

On and off stage, in and out of theatre, who is the actor?

Memory, fantasy and reality, where not a single wall can come between them.

This is a shared moment in time, bodies, space and objects are under spotlight, filled with sounds but only few people speak.

Don’t rush. The sun is still shining on those sensitive people.

The edge of sunlight is slowly moving. Some people are performing under the light, others, observing in the dark.

Is the universe as ruthless as the street? As silent and suffocating?

Fireworks and rescue, devastated and vibrant.

In the past people escaped to the mountain top to avoid disaster, now we move up and aim high.

We know the scenery changes along the altitude.

Further and more profound voices could be heard up on the sky,  but it is also lethal if you fall.

Here on the battle ground, overwhelmed with debates and controversies, but those who are willing to remain human linger, indulged in the game of desire, and life and death.

We know many have known that every exchange of looks speaks a thousand words.

It takes time to warm up the foot from the forehead, which connects the two blunt carrots.

Crawl up in front of the eyes, with hands not willing to let them go.

Four palms first meet to unveil the sameness among fingers with different lengths.

People peep through the thin lines between pillars.

Every single movement is appreciated.

The unsettling sky no longer confines the minds.

Climb up the wooden pillars, stand against the barriers.

Everything is so dense.

Chest up, and fall down; up again, and down again.

This change in how one touches the ground.

This 3-dimensional world, is extended from the tiniest touch. 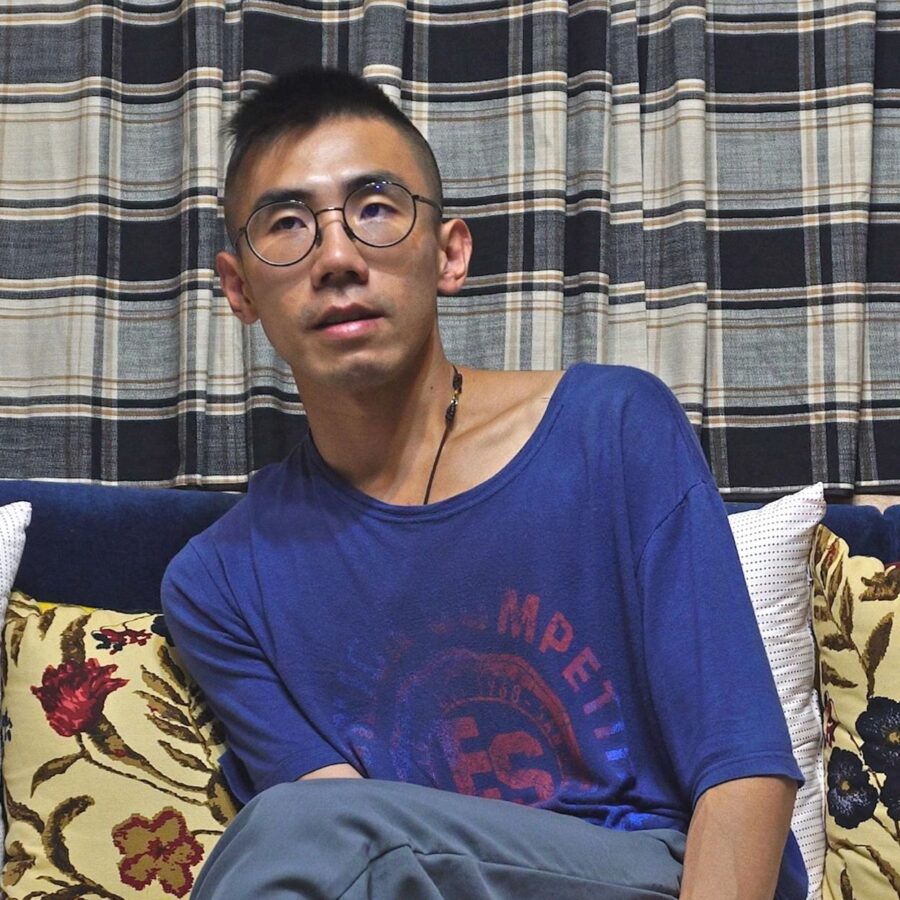 Tang Kwok-hin is a cross disciplinary artist and film maker. He was born in 1983 and raised in Hong Kong. He received his Master of Fine Arts from the Chinese University of Hong Kong in 2008 and Bachelor of Arts (major in Fine Arts) in 2006.

Tang’s artistic practice originates in his inquiries into his own background as an indigenous inhabitant and pieces of life, and which the exploration is developed and closely related to his own life journey and experiences, as well as to the place where he lives. He is always immersed in the complex, contradictory and struggling present. Through observing the surroundings, he introspects himself and the others, reality and imagination, anyone and anything between the old and new, etc.; it thereby reveals certain hidden emotions, concerns and essences at particular moments among chaos, dealing with growth, inheritance, locality, freedom, urbanization, consumption, nature, politics, norms, existence, etc.

He was awarded the first prize at Hong Kong Contemporary Art Biennial in 2009 and was also a grantee of Asian Cultural Council in 2013.